Do you have employees that experience alcohol abuse at work? Many people like to have a drink when they finish work. Sometimes they overdo it and come to work still under the influence from the night before. Even worse, some employees have a ‘drink’ before work, or sneak out at lunch time or at a break to have a ‘quicky’…to help them get through the day! 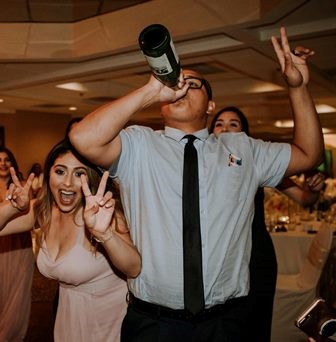 When Employees Abuse Alcohol at Work

What happens when a staff member is under the influence of alcohol at work? When they have that unmistakable whiff of alcohol on their breath?

Or when it’s clearly visible that an employee’s been drinking…they’re either overly loud or aggressive or it looks like he/she’s been on the booze all night.

Being under the influence of alcohol at work, in most companies is a serious offence. How serious this is however, depends on the company’s policy toward alcohol abuse and the nature of the person’s job. More about that at another time.

In most cases you would no doubt discipline the employee and maybe even dismiss the person. 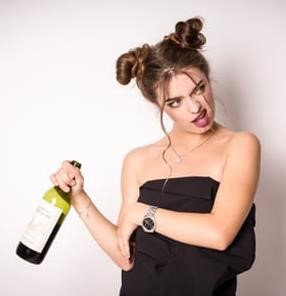 Employee Admits to the Problem

If the employee has received help and treatment for the disease and after that comes to work under the influence of alcohol, you can in fact dismiss him or her.  But only once it’s considered that everything has been done by the company to assist the employee without any success. Follow the correct disciplinary process to do this.

Example of an Employee with an Alcohol Abuse Problem

I recently helped a client who had an employee (a salesperson) who often came to work under the influence. When he was sober he did a very fine job, which is why management tolerated his drinking habit.

However things got a bit too far when some of their customers started to complain. They said that he often stank of alcohol and they didn’t want him visiting their offices.

When we confronted him about his alcohol abuse, the employee stated categorically that he did not have a drinking problem.

We told him that if that was the case, the next time he was found to be under the influence of alcohol during working hours then he would face disciplinary action.

Needless to say he didn’t last much longer at the company.

Had he stated, however that he did have a drinking problem, we would have taken a totally different route.

This employee, the salesperson, may even have stayed on to become a valuable employee.

How much assistance an employee with a drinking problem needs varies from person to person. But it needs to be shown that the company tried.

Many companies have employees with similar problems. They’re not sure how to address the issue, so they pretend it doesn’t exist. Or they just overlook it.

Unfortunately left unattended, this problem grows. And it sets a precedent for other staff members. That’s when it becomes dangerous.

How to Address the Problem

When this problem appears, the company must make sure they follow the right procedures, say the right things and most importantly take the right action. So you resolve the problem properly in one way or another, without any comeback.

Find out how you can get assistance in dealing with this tricky situation of alcohol abuse in the workplace – just CLICK HERE.

If you enjoyed this article, why not get FREE updates in your inbox once a month…SEE THE BOX BELOW THIS ARTICLE to subscribe. You’ll get valuable advice on all employee matters on a monthly basis.